Getting to Know the Academy | Chloe Zurynski 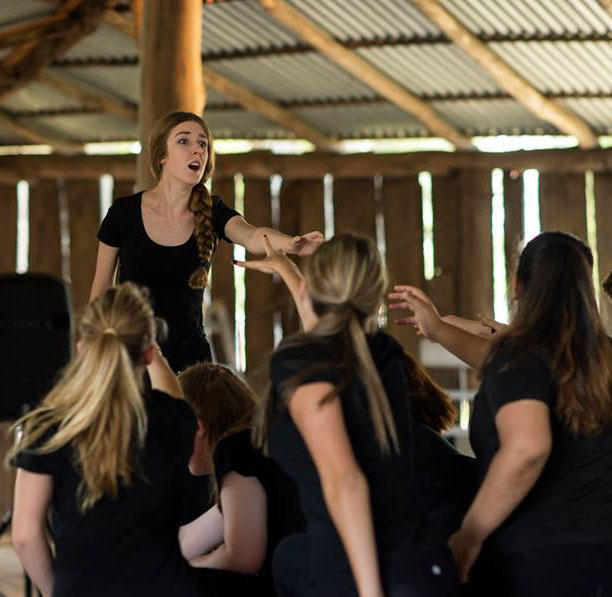 Tell us a bit about you and your interest in Speech and drama – when did it start & why?
I’m Chloe and I’m currently in year 12 at MLC. I read my first Shakespeare play after a visit to England when I was 9, and I think that’s where my interest in theatre began. When I came to MLC in year 7, I had the opportunity to appear in an adaption of the Tempest called ‘Eye of the Storm’ directed by
Kayte – and from then on I fell completely in love with acting. From there, I complete Grades 3, 6 and 8 with Trinity College London and moved on to my ATCL Teaching Diploma.
Can you tell us about the benefits of your classes/ study?
Learning speech and drama has helped me along the path to hopefully becoming a professional actor. I’ve developed so many useful tools that have prepared me for the entertainment industry, as well as for day-to-day life. Although I started lessons with a group of my friends for fun, I soon realized acting was something I really wanted to pursue and the Acting and Communication Academy provided me with the perfect opportunity to do this, even allowing me to take my Diploma in Speech and Drama teaching. It has also allowed me to make valuable industry contacts; while in the Acting and Communication Academy’s production of ‘Twelfth Night’ I met Chris Tomkinson who introduced me to Sport For Jove, a company I adore and have worked with numerous times.
What do you want to do with speech and drama?
So far I’ve had the chance to work with companies like Sport For Jove – helping with their summer seasons and acting in their Second Age Project. I’ve also been able to use my speech and drama experience to branch into directing – I’ve recently assistant directed MLC’s production of ‘A Thousand Cranes’ and I’m about to assistant direct ‘Macbeth’ (alongside Chris Tomkinson) for the Acting and Communication Academy.
In July I’m also travelling to London where I’m taking part in a 2-week intensive summer course at Guildhall School of Music and Drama – I’ve always wanted to act in London so I’m unbelievably excited for this opportunity!
My hopes for next year are to be accepted into drama school, where I’ll get to spend even more time doing what I love. After that, my goals are continuing to do a lot of Shakespeare and basically to keep doing what makes me happy.